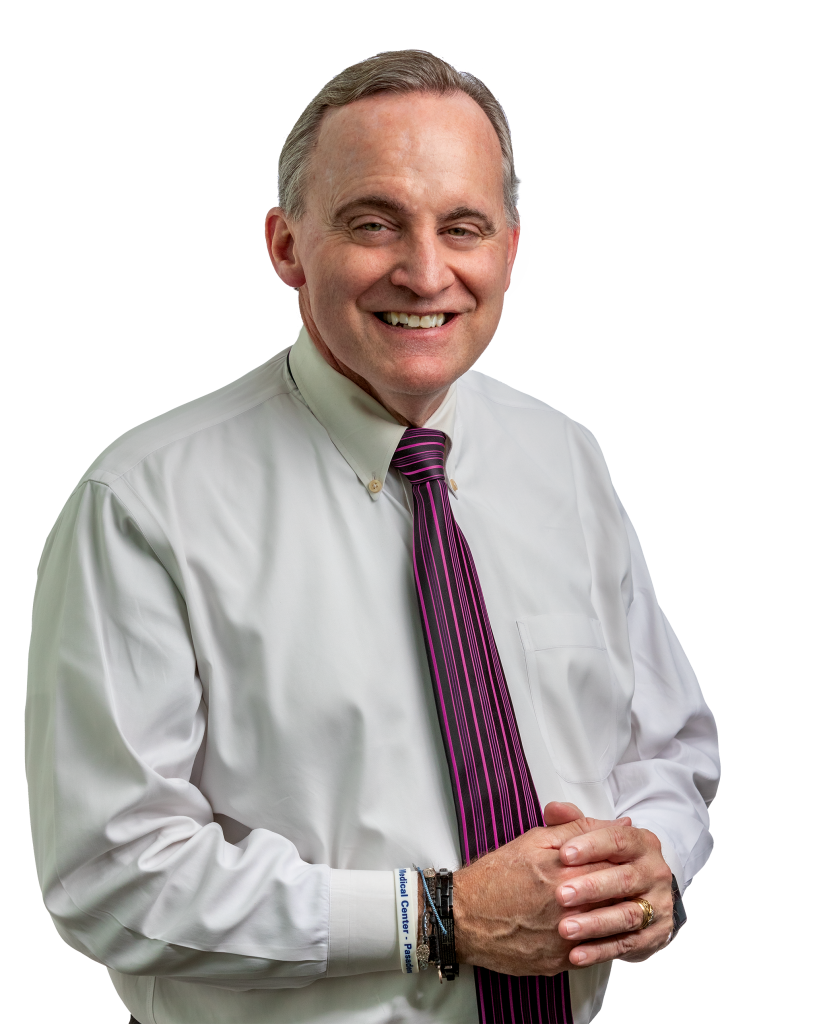 “Everyone has a plan ‘till they get punched in the mouth.” Chris Dougherty, 56, often uses that quote from a famous boxer to describe his experience with melanoma.

“When I learned about my diagnosis seven years ago, I was numb,” he says. “I thought it was just a birthmark. It felt like I had been hit with a fatal blow and that my plans for my life were in disarray. My family and I were very concerned, but we were determined to be optimistic after I had the surgery to remove the birthmark.”
One year later, Chris found two lumps on his neck. The melanoma had spread.
Doctors at a hospital where Chris worked in Lubbock, Texas, recommended radiation and treatment with Interferon, which he followed for about two years. Then, further scans showed the cancer had also spread to his lung and his brain.
Chris’ status immediately ramped up: he was a stage 4 cancer patient.

“My doctor told me he was going to throw everything, including the kitchen sink, at it,” he says. Chris’ treatment got more aggressive: radiosurgery and radiation for the tumors on his brain and high doses of chemotherapy.

“I was in the 5% of people whose brain does not react well to radiation, so the hope was that the chemo would penetrate the blood brain barrier and get to work on the tumors in my brain. It was awful. The treatments made me so sick.”
Chris says it was then that he felt the disease had truly dealt him the biggest hit of all. “I couldn’t work. I couldn’t drive. It was beginning to break me down, not only physically, but emotionally and spiritually,” he explains. “No one knew what the next step would be. Hope was running out. I needed

Chris appreciates the ability to exercise again and to enjoy the outdoors near his California home.

It came in the form of two Bristol Myers Squibb immuno-oncology drugs: Yervoy and Opdivo. Chris had begun Yervoy right after his radiosurgery and had undergone two of the four treatments he was scheduled to receive. Then his oncologist shared exciting news: a combination of Yervoy and Opdivo had shown promising results.
He started the combination almost immediately. “It was life-changing, like the sun had come up. The drugs were attacking my cancer but I wasn’t experiencing any of the side effects I had with chemo. I felt normal again,” he says.
Chris continued taking Opdivo for more than three years and stopped all of his treatments in August 2018. “I went from a being a patient with stage 4 cancer to being cancer free,” he says.
Today, Chris lives in Pasadena, California, and works full time as the administrative CEO at a children’s hospital. He exercises with kickboxing and outdoor activities with Wendy, his wife of almost 29 years, and their two adult children.

His advice for patients fighting their own battle with cancer? “Don’t ever give up, because there are people like the researchers at BMS who will continue looking for new ways
to fight this disease.”